Sunrise at the cornish fishing village of Polperro England.

Polperro is a beautiful fishing village on the south coast of Cornwall near Looe. This is a lovely three mile walk to explore the village which takes in the picturesque harbour, coast path and nearby woods. Allow about an hour and a half (without stops), and do read our post on keeping your dog safe on the cliff path if you’re not regular walkers along the coast path. 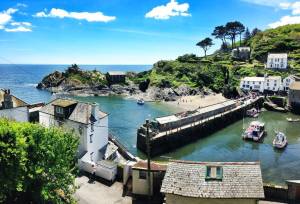 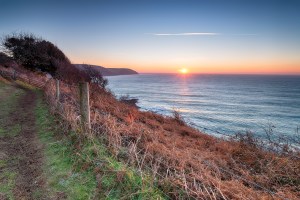 The views here  are spectacular. At first you can see out towards the Rame to the east and then, when you leave the wooded stretch of path, enjoy views west towards the Dodman.

Dog friendly beaches: Dogs are allowed on Polperro beach, but it is covered at high tide. Talon Bay, Lantic Bay and Lansallos beaches are year round dog friendly beaches within walking distance along the coast path.

2 thoughts on “A dog friendly walk around Polperro, Cornwall”